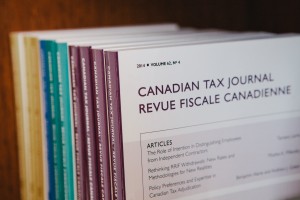 April 30th will be here before we know it, trust us, we know.  The months of January through April 30th is a time warp where time speeds up in the ANR office.  We sit down at 8:30 and when we look up for the first time, it is 5:30.  No we do not work in the Delorean, nor does Doc Brown or Marty McFly work at the ANR office, but it is a perk associated with working in an accounting firm, the winter months fly by.

The 2016 Personal Amount credit increased slightly to $11,474.  For 2015, the Child Tax Credit for each child under the age of 16 has been removed, which was part of the change in legislation in respect of the Universal Child Care Benefit.  The value of this credit was $338.25 per child.

The New Brunswick Provincial Budget is to be tabled on February 2nd and we will provide full coverage of any changes to tax legislation here on our blog!